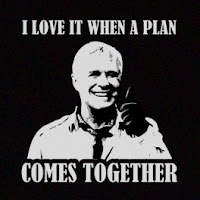 It’s really good to see that the proof of concept phase of the Mitchell’s Plain & Khayelitsha wireless mesh project has finally arrived. It is happening at a very topical time, with lots of other WIFI projects being announced by municipalities across South Africa.

The City of Tshwane project to roll out free WIFI internet access across the city has been in the news a lot recently. Phase 1 of the project will concentrate on five locations by November 2013. These locations are TUT Soshanguve Campus, University of Pretoria - Hatfield Campus, Tshwane North College, Mamelodi Community Centre and Church Square in the Pretoria CBD. The project is being done in partnership with Project Isizwe which has emerged from the Stellenbosch Free Wi-Fi project earlier this year.

In May 2011, I worked with the Western Cape Government’s Economic Development Department to draw up a strategic framework for broadband in the province. One of the initiatives that we identified as a key intervention was a pilot project to deploy an alternative “open access” last mile infrastructure in high density, geographically suitable economic nodes. This project aims to:

The primary objective of this proposed project is to assess the viability of deploying wireless mesh networks as a mechanism to provide affordable access to broadband telecommunications services to middle and low income households. There are various other objectives for this project. These include:

The combined populated area of Mitchells Plain and Khayelitsha is around 72 square kilometers. Statistics show that the population is just less than 1,000,000 people.  The figure below provides a graphical view of the combined area. Notable characteristics are: 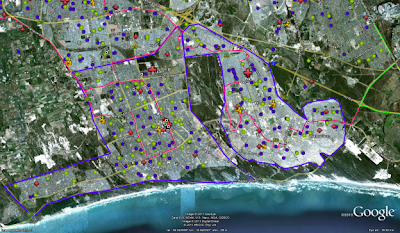 We then embarked on a fairly detailed pre-feasibility study of the project looking at international trends, local conditions, etc. to build the business case to be presented to the provincial cabinet. For Khayelitsha and Mitchells Plain, the City would be the key driver of this project. In January 2012, I presented to the City’s Mayoral Committee (Mayco) to get buy-in to the project and secure funding provision to extend the City’s fibre optic infrastructure to Khayelitsha and Mitchells Plain to serve as the key backbone “injection points” underpinning the wireless mesh network. This commitment and funding was achieved. In February 2012, various broadband related projects were formally announced by Premier Helen Zille in her 2012 State of the Province address. In August 2012 the City of Cape Town announced that it and the United States Trade and Development Agency (USTDA) had signed an agreement for a grant from the agency to fund a full feasibility study into the project. This study has now been completed and presented to the City, which has resulted in Mayor Patricia de Lille announcing the commencement of the proof of concept phase of the project.

Broadband has been identified as a key contributor to economic growth and offering opportunities for employment generation, creation of new sources of innovation and enhancement of industrial competitiveness. After years of activism around these ideas, it is great to see that some politicians and cities are now starting to take this seriously and that projects are actually being implemented. I strongly believe that projects such as these are essential to look at new, innovative and novel ways of providing affordable access to broadband telecommunications services to middle and low income households – ultimately to achieve mass adoption.

Note:
Just a quick primer for those of you who are too young to get the reference: Colonel John "Hannibal" Smith is a fictional character in a 1980s action-adventure television series called The A-Team - something most South Africans of my age grew up watching. Hannibal is the leader of the A-Team and has a very unorthodox style. He is distinguished by his unflappable demeanor, even when in peril, his constant cigar-smoking, his black leather gloves, and his many disguises. He is a master tactician and, although his plans rarely turn out as they are supposed to, they do work and achieve spectactular results. His favorite catch phrase is, "I love it when a plan comes together".

Newer Post Older Post Home
Subscribe to: Post Comments (Atom)
Nirvesh Sooful is the CEO of African Ideas (www.africanideas.co.za), a strategic consultancy that he founded focusing on helping governments to accelerate the benefits of ICT enabled change through transformation of the public sector and the wider economy. Nirvesh has more than 25 years’ experience in the ICT industry and has been involved in many large, complex, innovative and often controversial projects.This blog is maintained in his personal capacity and does not necessarily represent the views of African Ideas, its staff and its partners.