Shack fires are a huge problem in South Africa and it has a devastating impact on the lives of poorer communities. As African Ideas (www.africanideas.co.za), we have raised the idea of utilising video smoke detection systems for early detection of shack fires - linked to the Western Cape broadband initiative. 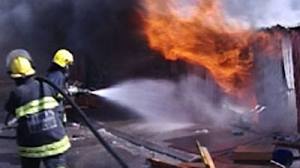 Video smoke detection systems are starting to be used for fire detection in oil refineries, historic buildings, rail depots, warehouses, shopping malls, etc.  They have not been used for shack (informal housing) fires anywhere else in the world that I am aware off – but this is just the kind of innovative use of technology to solve societal problems that we should be exploring (African solutions for African problems).

Video Smoke Detection (VSD) systems have been developed to overcome many of the problems associated with smoke detection. It provides solutions for previously unsolvable fire detection scenarios, working externally as well as internally and represents a true technological breakthrough in fire detection.

VSD is based on the computer analysis of video images identifying the particular motion pattern of smoke or flames and alerts the system operator to its presence in the shortest time possible. This enables a fast response to a potential fire, saving valuable time even in massive spaces or where a high airflow may be present.

Video smoke and flame detection is performed by a software algorithm running on visual signal processors  that implement parallel processing engines in hardware. Video images are analyzed in real time by applying digital image processing techniques that allows smoke and flames to be detected with a high degree of confidence. The video image is continually monitored for changes and false alarms are eliminated by compensating for camera noise and acquiring knowledge of the camera view over time.

Multiple zones can be defined for a camera view in which smoke and flames are to be detected. Each zone has a set of parameters that provide complete control over the detection algorithm. These parameters are configured individually for each zone in order to cater for a wide variety of application scenarios. It is also possible to combine information from multiple cameras to enhance the detection process

Newer Post Older Post Home
Subscribe to: Post Comments (Atom)
Nirvesh Sooful is the CEO of African Ideas (www.africanideas.co.za), a strategic consultancy that he founded focusing on helping governments to accelerate the benefits of ICT enabled change through transformation of the public sector and the wider economy. Nirvesh has more than 25 years’ experience in the ICT industry and has been involved in many large, complex, innovative and often controversial projects.This blog is maintained in his personal capacity and does not necessarily represent the views of African Ideas, its staff and its partners.
Tweets by @nsooful